skip to main | skip to sidebar

Because, like Gogstoppers and the question why, it is the job that never ends.  It just goes on and on, my friends.

Lies are not lies if you don't know you're telling them, right?

School was NOT out for the summer as I reported to you on June 4.  Since then, I've taken a 3-day course called Teach Like a Champion, spent two weeks finishing up a literacy course through BYU and attended 5 days' worth of training for the new Common Core that is coming soon to a state near you.  Nor did I know that the training would continue into the coming school year (six more sessions!!) or that I would be DOING the training the year after that!

This job has tentacles.

Next week:  Monday I train on a ropes course somewhere up in the hills so I can teach my Jr. Latinos confidence.  Or is it leadership?  I forget.  After that, I have until Thursday at high noon to submit an entire unit of study to the state Common Core folks to publish on the Utah State Office of Education website for use by other teachers such as myself, complete with handouts, reading materials and tests I will use to assess if anybody learned anything or not.

THEN and only then, or so I'm told, SCHOOL WILL BE OUT FOR THE SUMMER!

BECAUSE IT'S OVER FOR THE SUMMER !!!

Now, for just a minute, I can

tend the petunias
sweep the driveway
wash windows
iron
rearrange the furniture
hang a picture
find those jeans
clean the fridge
exercise
sleep in
paint my toenails
pull some weeds
take down the Christmas tree (just kidding)
that was last summer
in August, in fact,
just in time for Amanda's wedding
vacuum
vacuum some more

On my way home from school last night, I turn on my phone and check the text messages:

GIRL (the same 9th grade girl student coming into my room):  Miss G., did you tell Balentina that she could be in our class?

GIRL: Well, she said you accepted her into the class and she's been telling everybody all over the school that she's changing her schedule and coming in!!!!!!

ME: Hmmmm. That's news to me. But why does that bother you?

ME: You mean you don't get along?

STUDENT: Yeah. She HATES me because her boyfriend from first grade is with ME now.

*Ending preposition, though not grammatically correct, was intentionally placed at the end of this title.
Posted by Nicea at 9:10 PM 5 comments:

7th Grade Girl (walking into class):  I'm having a really bad day!
Me:  Already?  It's only the beginning of first period!
Girl:  I know, but I am.
Me:  Why?  What happened?
Girl:  I'm wearing too much perfume.
Me:  Did someone tell you that?
Girl:  No, but I can smell it.
Me:  Well, I can't smell it so it must not be THAT bad!
Girl:  And I've got on too much lip gloss.
Me:  I think it looks pretty.  Besides, you need to put lip gloss on all day long just to keep your lips from cracking in this cold, dry weather.
Girl (pulling lip gloss out of pocket to show me):  I wear a lot of it because it smells so good.  Cinnamon.
Me:  Oooo!  I'd wear a lot of that, too, just for the yummy smell!
Girl:  Plus, I have gas.
Posted by Nicea at 5:11 PM 4 comments:

Provo Tabernacle Goes Up in Flames

It's a pretty sad day when a landmark like this is destroyed by fire.  It's so easy to think these treasures will be around forever, that they're often taken for granted.

My friend Jane from Macon sent me this.  Enjoy.  Many times.

A prize to the person who finds the most mistakes in this comment that I found written in response to an article in the Deseret News.  Is it the curse of being an English teacher or is it just me?  Please, please, PLEASE tell me this is just a punctuation/capitalization/usage satire or I think I'll quit my job FOREVER!  And then there's the content.  And the grammar.  And, the announcement to everyone and their dog that he's a Mormon, to boot!

"It's LDS Church leaders that strongly urge "moderate" (that's a liberal term by the way), approach to illegal immigration reform, not all Church Member's and American Citizen's. I refuse too participate with that thinking. Utah must obey all the written law's of the land and "NEVER" ever adopt a phony illegal humane approach to this reality, reflecting on their culture, history and spirit of inclusion. Right now Utah don't respect the rule of law and support law enforcement's professional judgment and discretion. They try to turn "federal code's" into minor State civil violations stuffed into Bill's in Congress along with earmarks and pork. while they oppose policies that unnecessarily separate families and deport the parent's, when they have the right to take their "welfare kid's" along with them. Utah don't really acknowledge the non-economic role illegal immigrants play while real American workers and taxpayers pay for while they are here. That's my view, like it or not. And I'm a Mormon also. Plus a true conservative that does not hide the truth's." 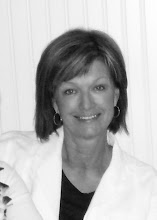 Nicea
I teach English Language Development classes to junior high students. The Professor and I are empty nesters with two very smart and adorable grandchildren. I learn really good stuff from my daughters and I'm so lucky to be their mom.

A Family That Blogs Together...

All our life
so much laundry;
each day's doing or not
comes clean,
flows off and away
to blend with other sins
of this world. Each day
begins in new skin,
blessed by the elements
charged to take us
out again to do or undo
what's been assigned.
From socks to shirts
the selves we shed
lift off the line
as if they own
a life apart
from the one we offer.
There is joy in clean laundry.
All is forgiven in water, sun
and air. We offer our day's deeds
to the blue-eyed sky, with soap and prayer,
our arms up, then lowered in supplication.
-Ruth Moose